The heafey group was created by its president and founder, pierre heafey, in the late 70’s.

Building on his years of experience as a notary, pierre heafey reached a decisive turning point when he gradually abandoned his legal practice in favor of the real estate business.

We are committed to providing exceptional service in a safe environment, and we appreciate learning how we can improve. Travel & Parking at the Casino MK The Casino MK is easy to travel to, with ample parking by the entrance and to the rear of the casino, and is also easily accessible by train from multiple stations around the UK, including London. The decision takes about one week casino virtual argentina. Bavaria BAVARIAN SOFT PRETZEL STICKS Bay 101 Bay 101 announced plans in 2013 to move across the freeway to the site of the San Jose Airport Hotel, near the new location of the city’s other cardroom, Casino M8trix. 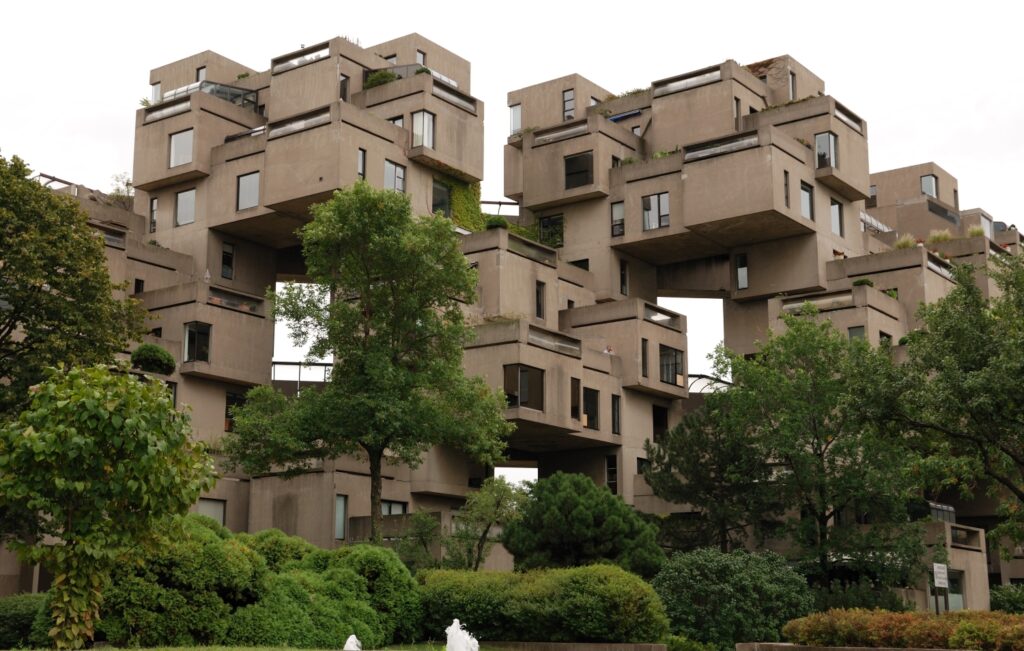 For the price of $10 million, Pierre Heafey bought Habitat 67 from the Canada Mortgage and Housing Corporation. This internationally renowned housing complex was then resold to a coalition of residents who wanted to own their dwellings. The transaction was very controversial given the short period of ownership. However, it allowed Pierre Heafey to cash-in considerable profits that garnered headlines in the business press.

Following the acquisition of another property in Montreal (Le Challenger, 89 units), Pierre Heafey focused on the real estate market in Edmonton, Alberta, through the acquisition and sale in 1987-88 of more than 1,160 condominiums, including Hillside Estates (344 units), Strathcona House (222 units) and Crescent Place (297 units).

The decade ended with the acquisition and resale of 700 additional units in Ottawa, Ontario (475 Laurier: 140 units), Winnipeg, Manitoba (The Colonnade: 182 units), Hull, Quebec (Tours Notre-Dame: 180 units) and Longueuil, Quebec (Tours du Parc: 91 units). The profits and experience gained during this period allowed Pierre Heafey to enter a new decade carrying out the most important acquisition of his career. 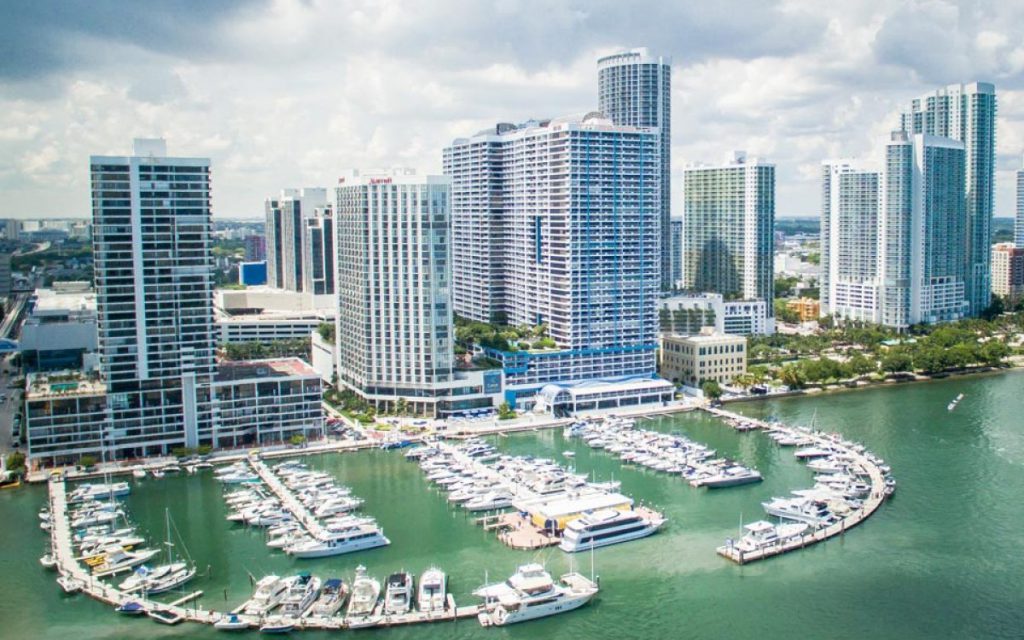 The 2.4 million square-foot complex included a 152-room hotel (Doubletree Grand Hotel Biscayne Bay), an 80,000 square-foot shopping centre (The Grand Retail Centre) and 800 residential condominium units. With this transaction, the Heafey Group acquired 472 units and sold them back to investors, most of whom entrusted the Heafey Group with the management of their assets.

Despite the size of the acquisition, the Heafey Group continued to grow by diversifying its investments, in particular through purchase of three St-Hubert restaurants in the Gatineau region, a 182,000 square-foot commercial real estate complex and a 66-room Howard Johnson Hotel in Campbellton, New Brunswick, a 325,000 square-foot shopping centre in Aylmer, Quebec, and a 410-lot mobile home park in Gatineau, Quebec. Furthermore, in 1997, the Heafey Group acquired and managed the 200-room Ramada Plaza Hotel de Hull in Gatineau, Quebec. In 2000, this hotel was sold to foreign investors.

This thrust towards commercial property didn’t dampen Pierre Heafey’s passion for residential real estate. In 1995, the Heafey Group bought from Coopers & Lybrand a 17-storey building located on the banks of the Ottawa River in Ottawa, Ontario. The construction of the building, Commodore’s Quay, had been discontinued following the developer’s bankruptcy. The Heafey Group completed the construction and sold the 115 housing units. Today, Commodore’s Quay has become one of Ottawa’s most prestigious addresses.

In 1996, the Heafey Group also acquired and sold the Saint-Patrick, a 40-unit condominium building located prominently on Grande-Allée in Quebec City. 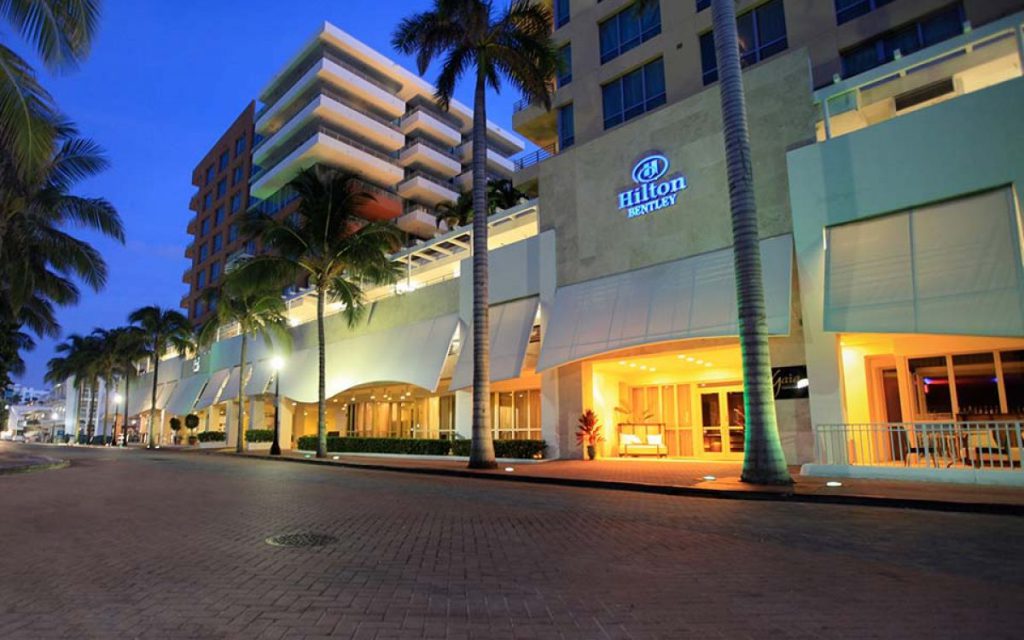 At the beginning of the new millennium, the Heafey Group once again took advantage of a stagnating real estate market through the acquisition of several commercial properties in Gatineau, Quebec.

Furthermore, the Heafey Group partnered with other real estate developers in the region, in particular Multivesco Inc., for the construction and marketing of a 525,000 square-foot three-phase office complex which is now almost entirely occupied by Public Works and Government Services Canada (PWGSC).

Later, in 2004, Pierre Heafey focused once again on Florida by acquiring and managing two boutique condo-hotels right in the center of high flying South Beach in Miami, the Bentley Hotel (53 rooms) and the Bentley Beach Hotel (95 rooms), the latter now being operated under the Hilton banner.

In 2005, in partnership with one of Canada’s biggest pension funds, the Heafey Group acquired a 300,000 square-foot office building in Gatineau, Quebec, leased by Environment Canada (Place Vincent Massey). The building has since been completely renovated to meet the new standards of the Government of Canada at a cost of $60 million.

In 2011, to meet the added space requirements of Public Works as well as Environment Canada, an 110,000 square-foot annex was built beside Place Vincent Massey. Most recently, the Heafey Group, in partnership with Leclair Management, acquired two A-class residential complexes in Jacksonville Florida, (Heritage Deerwood (121 units) and Milestone and Fieldstone Village (160 units)) as well as Majestic at Baldwin Park (171 units) , in Orlando, Florida, in April of 2014. In addition, the Group initiated the development of multiple projects in downtown Gatineau, including the VIU, a spectacular 19-storey residential condominium building overlooking Parliament Hill.

The Heafey Group’s forward determination is constantly extending and enhancing its portfolio of assets in each of its business fields. Indeed, this growth is unfolding according to the principles that have always driven Pierre Heafey since the beginning: healthy diversification and a rapid but comprehensive assessment of business opportunities.

In 2011, in order to meet the growing demand for additional space from Public Works and Environment Canada, a 110,000 square foot addition was custom designed and built adjacent to Place Vincent Massey.

The group also built the Viu in downtown Gatineau, a spectacular 19-story residential condominium building at 185 Laurier Street overlooking Parliament Hill. In the mid-2010s, the Heafey Group, in collaboration with Entreprises Marc Dubé ltée, built the Wellington-Eddy (W/E). In 2015, the W/E welcomed its first tenants. Located in the heart of downtown Gatineau, in the Hull sector, the first phase of the W/E includes 137 contemporary condominiums spread over 12 floors as well as commercial space on the first floor. This building is very popular as it is across from Les Terrasses de la Chaudière.

Groupe Heafey continues its expansion with the construction of Viu 2, in the heart of downtown Gatineau. Higher than the first tower, this address will give its tenants the same extraordinary view of Parliament Hill and Jacques-Cartier Park as the Viu 2.

The Heafey Group’s determination to keep moving forward has resulted in the continuous growth and enrichment of its asset portfolio in each of its areas of activity. This growth is accomplished by respecting the principles that have always guided Pierre Heafey since its inception, that is, sound diversification and a quick but thorough evaluation of business opportunities. 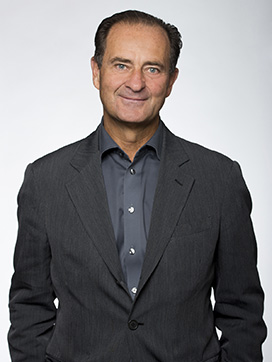 Pierre Heafey is president and founder of the Heafey Group. In 1974, he obtained his law degree from the University of Ottawa and practiced for 15 years in his law firm before devoting all his time to real estate development. Since then, Mr. Heafey has developed expertise in the acquisition and turn-around of troubled real estate projects, the acquisition and sale of condominium buildings, hotels, restaurants, commercial management and many other related fields.

MEET OUR TEAM OF EXPERTS

Want to keep up with our latest projects? Subscribe now!